Dangerous Goods are solids, liquids or gases that can harm people, other living organisms, property, or the environment. 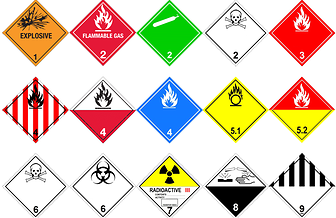 HOW TO IDENTIFY DANGEROUS GOODS

The only way to ascertain whether goods are possibly dangerous goods is to go and look for information that may serve to identify them as listed dangerous goods. Here are some examples of what indicators to look for and where to find the correct information:

OTHER IDENTIFIERS OF DANGEROUS GOODS:

Hazard Class:
Substances are allocated to a Hazard Class based on their Primary Risk. Nine Hazard Classes are found with 15 sub-classes. e.g. Flammable Liquid – Class 3

Packing Group:
Some Classes are further divided into Packing Groups according to the degree of danger they present: 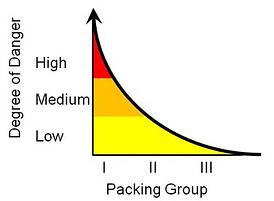 Exempt Quantity:
Dangerous Goods (Single Load) are only REGULATED when transported if they exceed the exempt quantity in Table C.1 of SANS 10231: 2014. Some UN Numbers are regulated in any amount (e.g. explosives, radioactives and infectious substances) while others are regulated in varying amounts ranging between 5, 10, 20, 50, 100, 200, 500 or 1000 litres or kilograms.

Nett Mass / Volume:
Substances must be quantified (either litres or kilograms) in order to ascertain whether they are exempted or regulated by law when transported by road. Care must be taken to always use the brimful “Volume” of liquid packages and containers, irrespective of how much actual liquid is contained within them at any given time. Even containers that appear empty, but that have not been cleaned and certified as clean are treated as “notionally empty” and must be transported as if they were full to the brim. 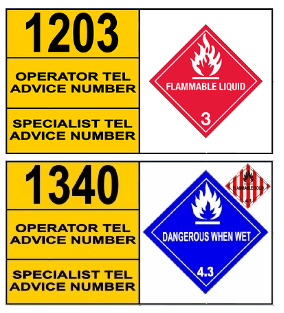 Mixed Load Definition:
A load comprised of MORE THAN ONE HAZARD CLASS with DIFFERENT UN Numbers including substances from the same hazard class with different ERG Numbers and different UN Numbers.

Compatibility of Mixed Loads:
Different Dangerous Goods found Mixed Loads must be either COMPATIBLE or certain Classes must be SEPARATED by at least 1 meter when loaded on the same vehicle. Qualified Persons preparing mixed loads must check compatibility between various classes by referring to to the Mixed Load Compatibility Chart in SANS 10231: 2014

Exempt Quantity of Mixed Loads:
Dangerous Goods (Mixed Load) are only REGULATED when transported if they exceed the sum total of “1000” after applying the “Mixed Load Formula” of “A = Q x F”. Q is the “Quantity” (of substance in kilograms or litres-Volume) and F is the “Factor” found in Column 7 of Table C.1 in SANS 10231: 2014 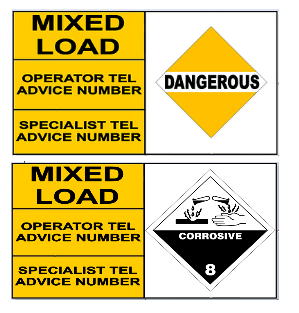 Vehicles may only display “MIXED LOAD” placards if the load meets all the criteria of mixed loads, including the exceeding of the “1000” sum total after calculation. Many Consignors of Dangerous Goods and Many Operators of Dangerous Goods Vehicles use “MIXED LOAD” placards due to lack of knowledge and sometimes to save costs on placards. The Law Enforcement Agencies are wise to this practice and are detaining vehicles until incorrect placarding, missing equipment and incompatibility of mixed loads (when applicable) are corrected 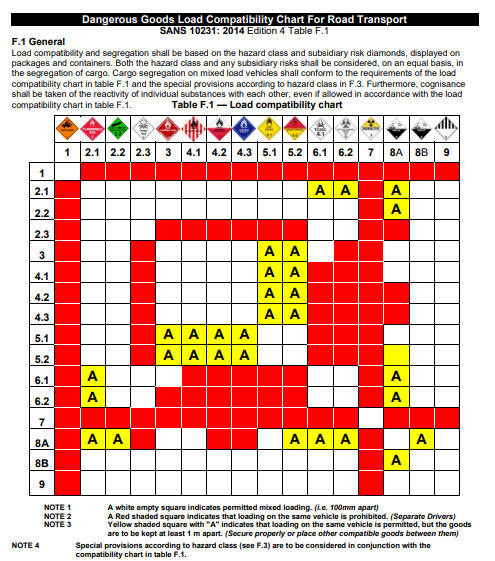